← more from
Data Airlines
Get fresh music recommendations delivered to your inbox every Friday.
We've updated our Terms of Use. You can review the changes here. 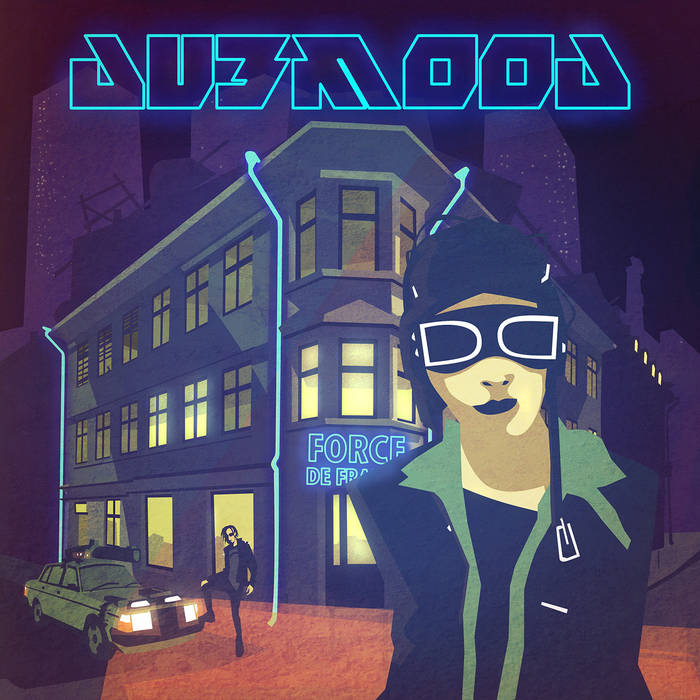 georg3 I find it blasphemous that out of all the albums with songs featured in Hotline Miami 2s soundtrack, I never checked this one out until now. Favorite track: J35 Draken.

/sigmund/le/puppeteer/ I was thinking about getting this album or Machine, but when I saw that this one had a re-print of cassettes I had to buy it immediately. I'll be getting Machine asap or when it gets a re-print and I truly hope that would happen as I love the album and would love to have it as a cassette and as digital. Favorite track: Force De Frappe (feat. GEM TOS).

How I missed this album when it came out is beyond me. It took awhile for my musical palate to adjust to the 'new' synthwave flavor--it's hard to imagine a Dubmood record dethroning Best of 2001-2003--but Force De Frappe easily buzzes the tower at high speed. Gloriously dark melodies, chewy synth patches, and trademark turn'n'burn synth solos behind every cloud! Favorite track: Interception (feat. MisfitChris).
more...

Force De Frappe is an original and hard-hitting synthwave album based on Dubmood's unused submissions from Hotline Miami 2 as a foundation upon which to build a unique and twisted story about an evil Swedish defence system AI, a French nuclear deterrence program gone bad, and AI-built female androids flying vintage SAAB jet fighters over a dark Gothenburg archipelago in 1981. Fans of the Hotline Miami 2 soundtrack should feel right at home as the entirety of Force De Frappe is heavily influenced by the soundscape and mood of the award-winning soundtracks to both Hotline Miami and its recently-released sequel.

As a quick guide to the album, listeners will enjoy the opening car chase scene, "Älfsborg 1981," where cyber punks hijack a Swedish government fighter pilot android followed by an introduction to the AI-controlled military defense system in "STRIL-60," built by DataSAAB. The SAAB Draken fighters are explored in "J35 Draken," followed by "Att Bygga En Robot," which accompanies a scene in a lab where the protagonists try to save their fallen comrade by turning her into an android. From there, STRIL-60 system becomes self-aware and decides that the best way to gain the complete control but also the trust of the humans still able to shut it down is to stage an attack, provoking NATO and the French to launch such an assault. The rest of the album follows the dog fights in the skies above Europe when SAAB Draken fighters with their android pilots attempt to intercept the incoming French nuclear bombers. The ending is vague but may be more easily interpreted after listening to GEM TOS's lyrics in the last track, "Force De Frappe." The last bonus track on the cassette version also gives a clue on how things end.

Bandcamp Daily  your guide to the world of Bandcamp

Guests John Beltran and Kim Myhr walk us through their magical musical adventures.